A petition of over 2500 signatures was presented to NZTA

MP for Hutt South Chris Bishop has presented a petition signed by 2577 people to the New Zealand Transport Agency asking them to fund the proposed new Melling Interchange, a critical project for the Hutt.

“Melling becomes extremely congested at peak times and is a safety risk. The previous National-led Government committed to fast-tracking the new interchange, but the project has been ‘re-evaluated’ since the Government released its Government Policy Statement on Transport in May.

“I understand the New Zealand Transport Agency(NZTA) Board is meeting to consider funding for the interchange on Friday. It is imperative that NZTA funds this important project.

“The proposed new interchange would be grade separated, like at Dowse and Haywards, allowing through traffic to flow freely. There would be a brand new, wider bridge over the Hutt River to the CBD.

“Melling train station would be moved south, closer to the city, with more car parks, with the ability to extend the train line to Kelson/Belmont. This would also allow improvements to walking and cycling connections.

“The new interchange is a key part of the RiverLink project, which is focused on making better use of our wonderful Hutt River by upgrading its flood protection and transforming the Hutt CBD. Without improvements at Melling being funded, RiverLink is at risk.

“Years and years of work and millions of dollars have gone into Melling already. After more than a year’s delay, it’s time for action.

“Hutt residents deserve certainty and they need a new and upgraded Melling Interchange.” 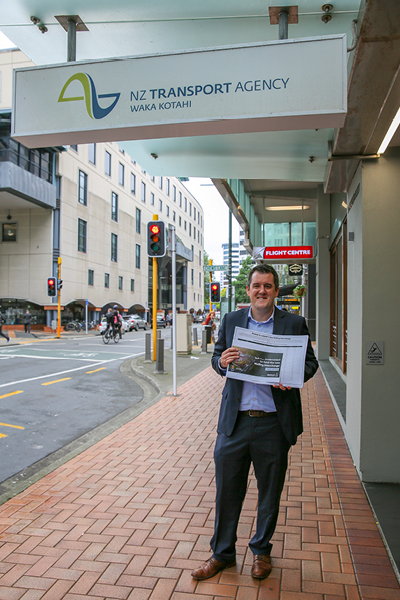